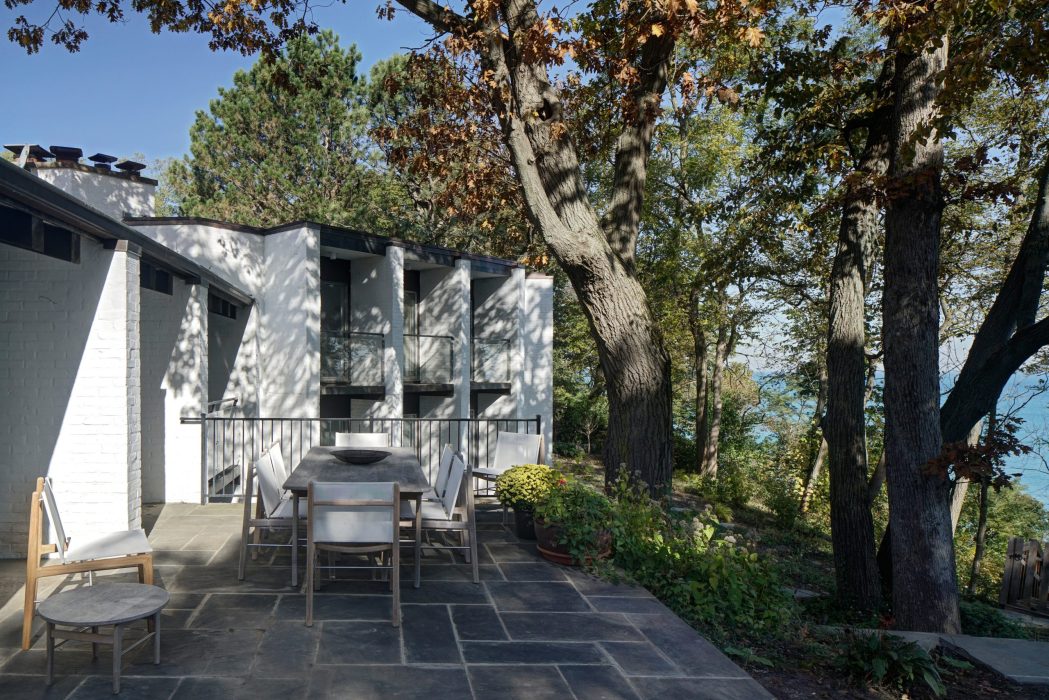 A Mid-century Makeover:
Built in 1965, this mid-century, white-washed Mediterranean inspired home was completely renovated to adapt to a modern lifestyle. Two small additions, hidden from the front, were seamlessly attached and integrated into the existing painted brick walls of the exterior. The master suite was expanded and remodeled to include sitting and exercise spaces. The kitchen was opened up to the living/dining area to take in views of Lake Michigan that had previously been obscured. The updated design respects the home’s original character while breathing in new life for contemporary living. 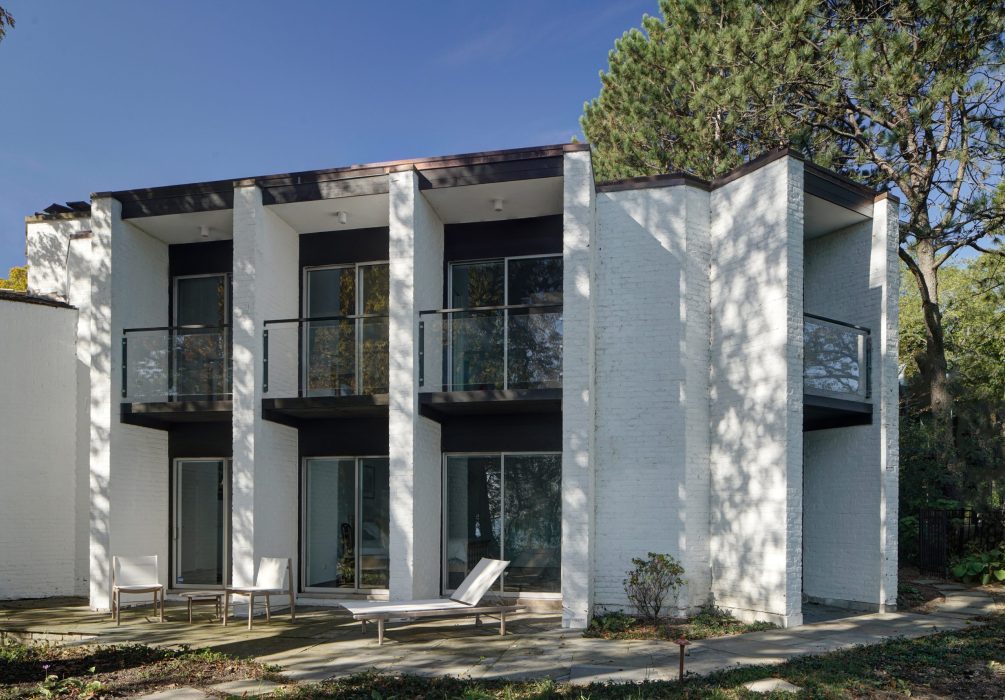 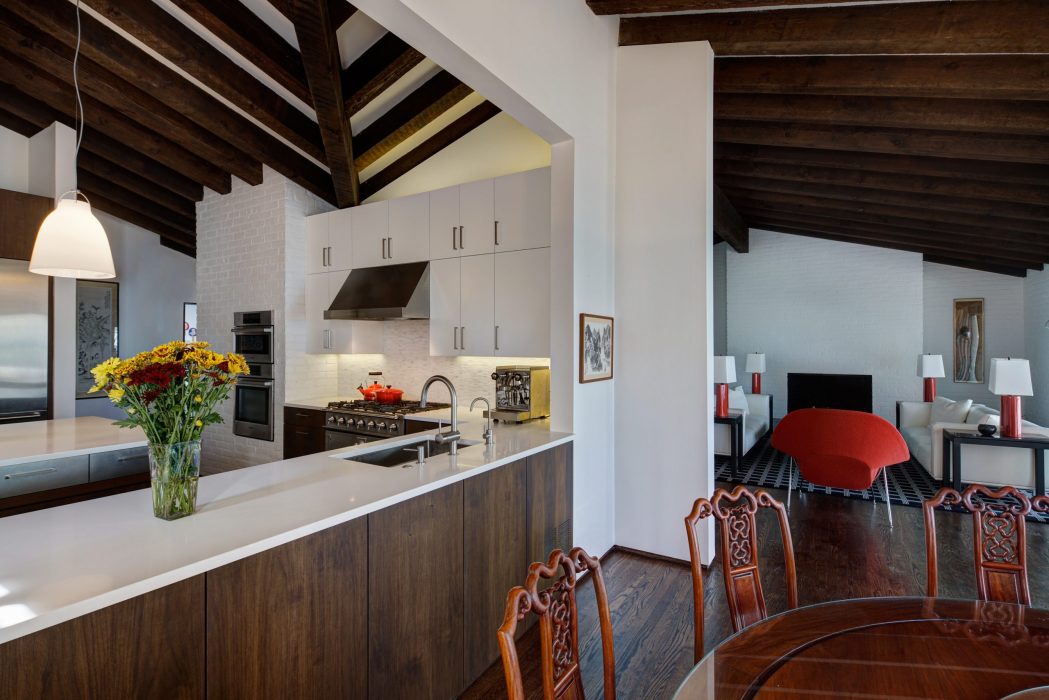 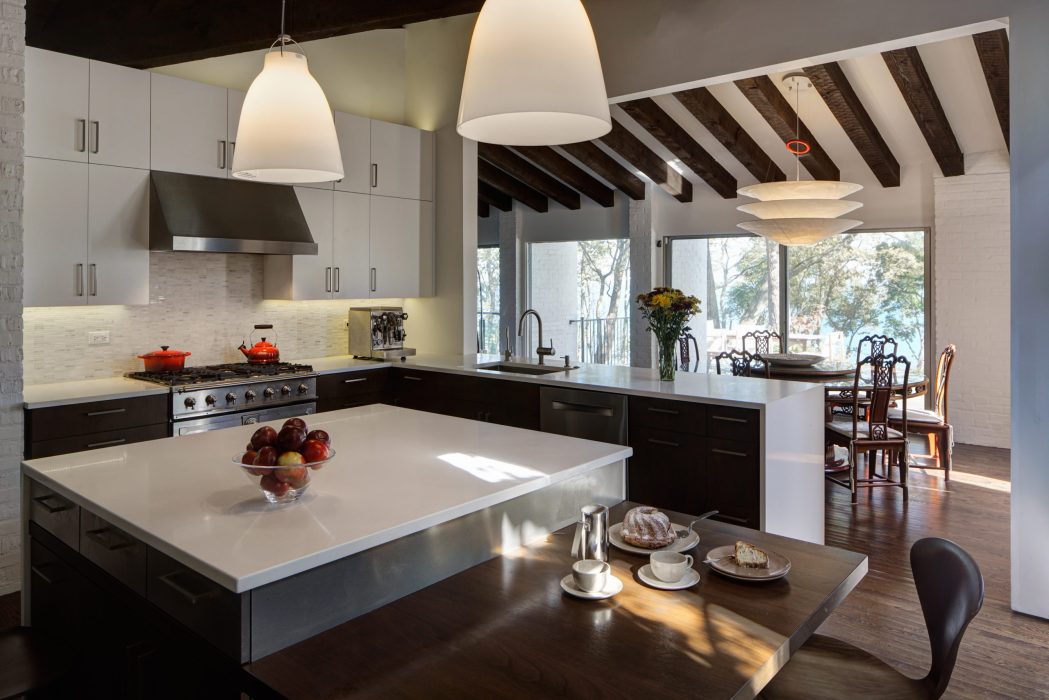 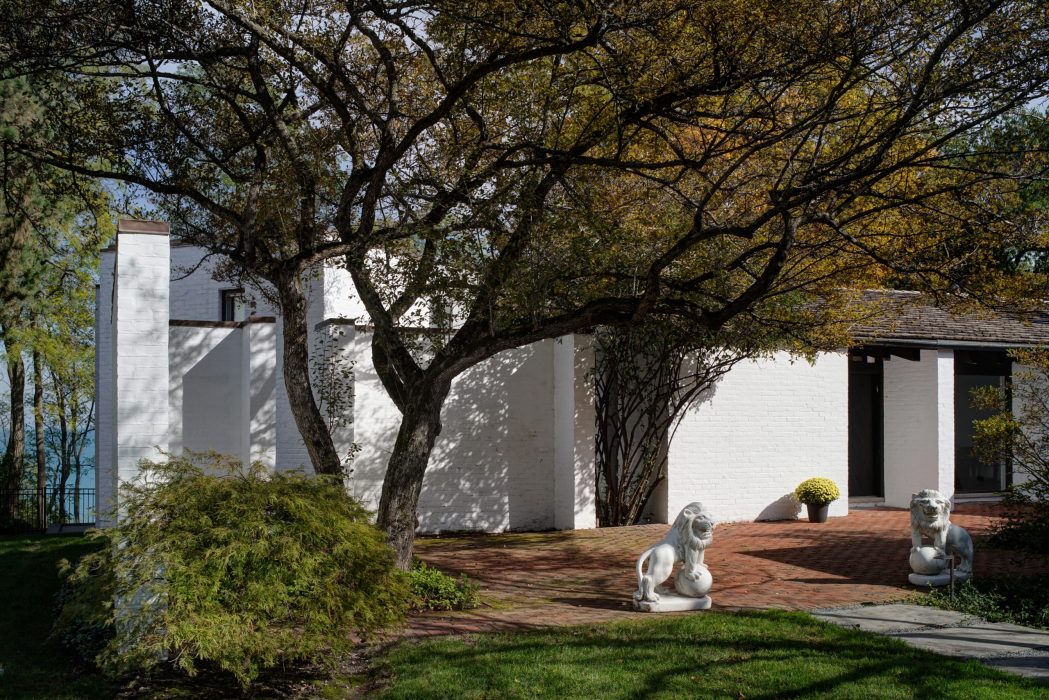